How to Frame Yourself in your Video Presentations 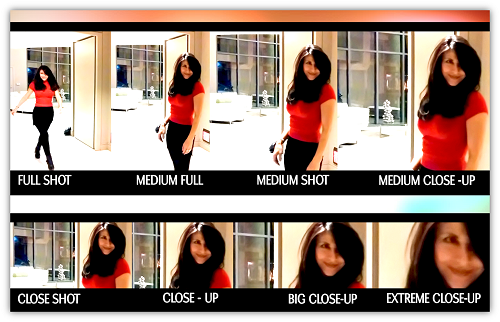 How you “frame” yourself on camera – has a powerful subconscious impact on your audience, so it is worth knowing some of the basics. In terms of online video presentations, framing has exactly the same meaning as a picture frame on the wall, i.e. it is the rectangular border that frames the image inside it.

Another common mistake is to show far too much headroom, which wastes frame space and can make you appear swamped by your environment.

What Will Your Viewer see?

Also, try not to cut people of at the joints – the bottom of the frame can cut across a person’s stomach or waist, but not their knees. It just doesn’t look right.

You’ve Been Framed – Time to Shoot!

There are several sub-categories but I will keep things as simple as possible for the purposes of this article.

How Close Should you be?

Extreme close-up shots focus the viewer’s attention on a person’s feelings or reactions. For example, during the interview shows like 60 Minutes, the camera will often zoom up close, making the interviewee’s face occupy the full frame.  This creates tension for the viewer – in real life, we simply don’t get that close to someone we don’t know well. This level of close scrutiny (created by the camera) can also imply that a person is lying or guilty (whether they are or not) its a subtle way to emotionally manipulate the viewer too.

Extreme close-ups are rarely used when filming important public figures.  In western cultures, the space within about 24 inches (60 cm) is felt to be an intimate zone.  Getting too close can feel invasive or claustrophobic for the viewer – until they become familiar with you.

If you are going to film yourself standing, the medium shot is usually recommended.  The lower frame passes through your waist; so there is space for your hand gestures to be seen.  This is how you normally see a person “in the flesh” when you are having a casual conversation. You don’t normally pay attention to their lower body, so that part of the picture is unnecessary.  My personal preference when I film myself standing is a medium close shot.

If you are going to film yourself sitting (e.g. at a desk), I recommend the frame passes through your waist. If you cut yourself off at the chest, it focuses the viewer’s attention on your chest (women please note)!  In general, I do not recommend my clients film themselves sitting – see: How to Give Good Face (in a TV Interview) and Common Cheating Techniques to Look Good on Video.

Rather than placing yourself in the dead center of the frame, the visual appearance is better if you appear slightly off to one side (often called “the rule of thirds”).  Artists, photographers, and filmmakers use this technique for composing their shots.

Start paying attention to TV and movies with these concepts in mind and you will begin to see clear examples of how the pros adhere to these rules.

In my next article, I talk about camera angles and the psychological effect these can have on the viewer – key things to understand if you are appearing on video.

Thank you so much for stopping by!

How to Choose Your Video Background
The Lowdown on Camera Angles. For Filming Your Online Videos