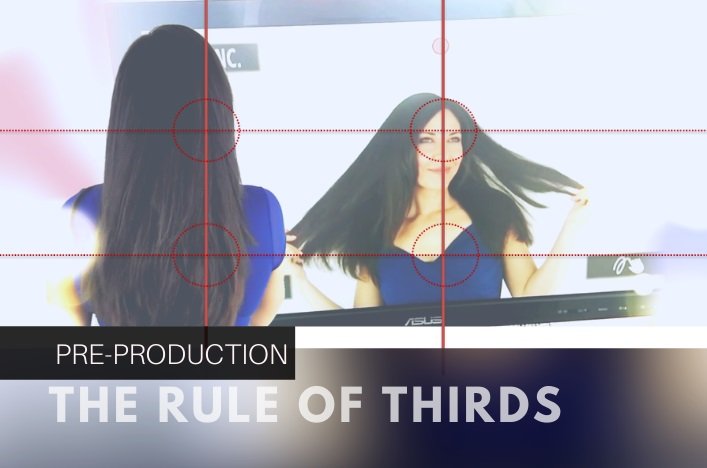 It’s common for my people new to video presentations to place themselves or the subject of their filming right smack in the middle of the camera frame. It seems like the natural thing to do, but actually, it is a bit of a filming no-no for a standard “talking head” video format.

Why? In general, it just looks dull.

Avoid placing all of your good stuff in the middle of your frame.

Enter the Hero: The Rule of Thirds

The “Rule of Thirds” has been well-known to artists for centuries. It is also one of the first concepts taught in courses to photographers, cinematographers, video camera operators, etc. This ancient principle teaches us how to create balanced and visually interesting compositions within the camera frame. The application of the Rule of Thirds makes your image stronger, more visually compelling, and engaging for the human brain and the way it deciphers imagery.

The basic principle behind the Rule of Thirds is to overlay an imaginary 3 by 3 grid on top of what you see within the camera frame. Here, you break the image down into thirds (both horizontally and vertically) so that you have 9 squares in the frame like the image below. 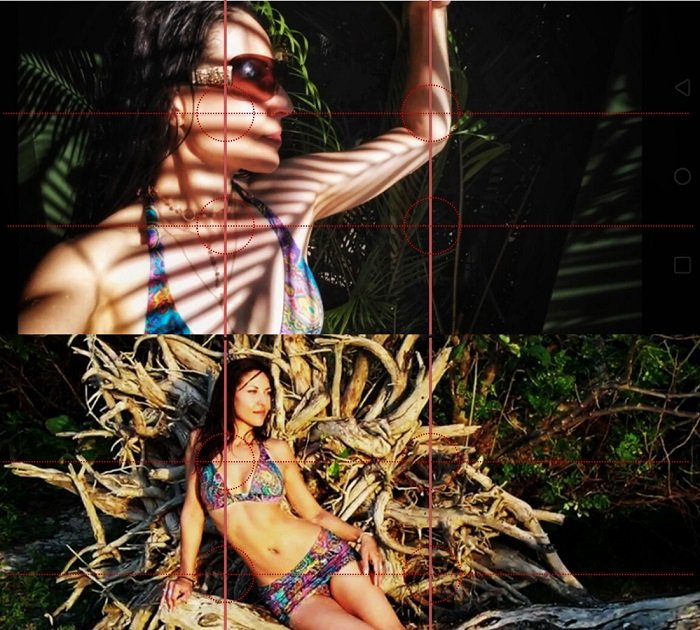 How to Apply the Rule of Thirds

Imagine you can see this grid whenever you look into the camera viewfinder or switch this grid function on with your filming device. In theory, the most eye-catching or pleasing resting points within the frame are where the grid lines intersect i.e. at those red “plus signs” you can see in the image above.

The Most Important Application of the Rule of Thirds

Instead of placing the hero (you) or an object in the dead center of the frame, the composition will look better if you appear slightly off to one side. For example, you will have a better-looking video if you’re lined up with either one of the two vertical lines on the grid.

Alternatively, if you are filming outdoors, the visual appearance will look better if you also align the horizon with one of the two horizontal lines i.e. the ground in the lower third and elements like trees, buildings, and sky rest in the upper two-thirds of the frame.

It sounds counter-intuitive, but avoid symmetrical images or placement on-screen. Use asymmetrical placement for your visual elements. This will add visual interest and energy to your frame.

Eye-tracking research suggests that the first area that attracts the viewers’ attention on-screen is the area at the top left. Viewers then look down, and then across the top of the screen. In simple terms, their eyes scan the screen in the shape of a capital “F”. This applies to websites, photos, and when viewing a film. 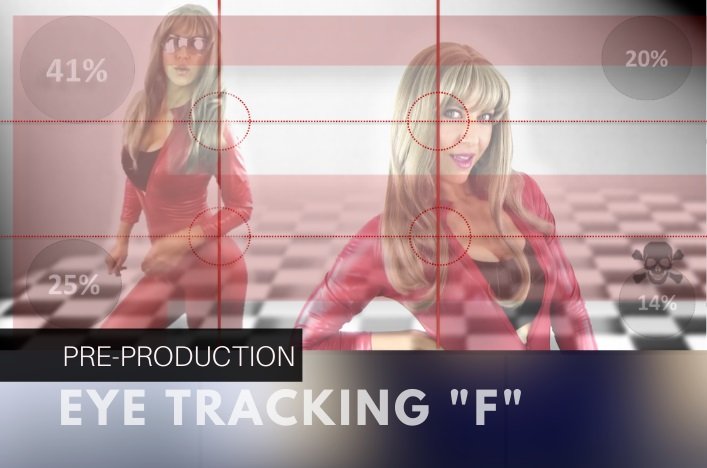 What do you consider to be the most important visual element in your shot?

Is it the presenter? Is it an object, or product placement? Is it a background element? Or is it some text you want the audience to read on-screen?

Whatever you want your viewer to focus on, position the most important element on the vertical lines and arrange the rest of your composition accordingly.

Add the Rule of Thirds technique to your video pre-production toolbox when planning out your next video shoot. Think about what elements you want visible on the screen with you. For example, if its product placement where would you position it?

Most of all, experiment with your framing and positioning to choose those elements that will best support your key messages or enhance your visual identity.

Let’s bring out your X-factor
Book a 30-minute call today.
★ ★ ★ ★ ★
Or get Bianca to troubleshoot your on-camera performance or screen presence issue.
It’s super easy! You pick the time.
BOOK NOW

P.s Jump on my “Early Notify” Booklist. Packed with insider tips and techniques to help you deliver compelling, masterful videos for your business or personal brand.

Shift your Focus. How You Can Emotionally Influence Your Audience
6 Pro-tips for Being Effective and Compelling on Video